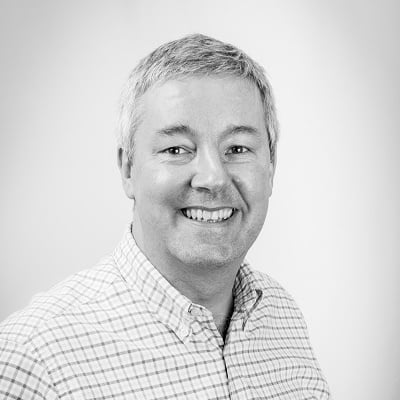 The season of goodwill might still be around the corner, but motorists could start to feel the benefit of pricing reduction before 2017 is out.

After a period of prolonged volatility in the second and third quarters, characterised by sustained (and in many cases sharp) rating increases, followed by unprecedented levels of polarisation, the market is now clearly moving into deflationary mode.

Historically, rate rises during the year have been tempered in the last couple of months — including scaling back activity during the quieter Christmas period to reflect reduced demand — and the first of the following year as insurers smooth out their pricing tactics.

This has not materialised yet in 2017, and may not at all.

Our latest motor index for the three months ending August showed that rates had continued their relentless rise to the tune of 14.6% year on year. However, we also saw over a third of insurers applying decreases as well as increases through both aggregator and direct channels, suggesting corrective action was being taken. The balance has now tipped in favour of reduction.

A recent report from EY predicted that average motor premiums could fall up to 14% in 2018, equating to an average saving of £66 for consumers. Between 2% and 4% of this will be due to Ogden adjustments, after the Government confirmed its intention to revisit the decision to slash the personal injury discount rate from 2.5% to -0.75%. A further 8-10% decline could be added later in the year in response to impending whiplash reforms — although these could be derailed by any prolonged Brexit negotiations.

In any case, this is the flattest period we have seen in UK motor pricing over the past few years. 2018, therefore, already looks set to be a challenging one from a pricing strategy perspective.

There are a number of indices which monitor motor rates, including our own. Only the ABI’s premium tracker, which uses in force policies (as opposed to new business quotes) showed an increase from the second to the third quarter. Their index has now shown rises for the previous six quarters, but the latest is wafer thin, indicating we may be about to move into a deflationary climate.

More tellingly, the downward adjustments in the third quarter, which appear across all market pricing indices, including AA and Confused, confirm the trend we've been observing for some time.

It also follows two years of almost universal inflation on a monthly basis — a quite remarkable trend.

At an insurer level, our figures show that a number of companies who typically pile on rate in the last two months of the year (and often into the early months of 2018), are generally withholding increases this year.

Around 40% of insurers on price comparison websites have reduced rate in November; down from a record 51% in October, but still a massive proportion based on the 12-month moving average of 23%, and much greater than the previous marks of 2% and 23% in November 2015 and 2016 respectively.

We will take a closer look at who exactly has done what closer to Christmas, but the case of Admiral could prove a barometer for the market. The former has put on rate increases of around 7% between October and December in 2015 and 2016, before reducing rates the following January. This year, we are seeing little evidence of such a rise.

By contrast, the brands making the biggest moves in November so far have little track record of doing so. Given the twin impacts of Ogden, together with other inflationary pressures including rising costs of repairs, this is perhaps not so surprising.

What else is causing the decrease?

Specific risk factors are also impacting pricing. We’re seeing rate reduction in our data for younger drivers and those with previous claims and convictions. This is where we generally saw the biggest increases immediately post-Ogden; the reversal of these changes has created an equivalent downward momentum.

We have also seen strategic pricing cuts of direct players in current market conditions, where loyalty is being sorely tested; a trend we are also seeing in the Van market, which moved to deflation in September and October after eight months of consecutive increases, as highlighted in our latest quarterly index.

Last week’s news that the Government would be holding the rate of Insurance Premium Tax at 12% follows three rises in less than two years, doubling the previous rate. This should cause further deflationary pressures which could partially cancel out further deterioration in exchange rates and associated claims costs.

With the legislative agenda for 2018 now largely out of the way, the remaining weeks of the year should provide some interesting further clues as to how the motor market will shape up in 2018. What seems likely is that it will be a less volatile year than this one, which will mean that finding pricing sweet spots will be more challenging due to fewer external shocks, while insurers apply any lessons learned from 2017.

We're already working with a number of our clients to help them identify and exploit pricing opportunities. If you'd like to know more, submit your request below and we'll ask a member of the team to contact you.

Do you think the motor market will enter a period of prolonged deflation? If so, how much will rates fall in 2018? Let us know in the comments.

Insights that will enable you to optimise your pricing strategy

Contact us today to learn how we can help optimise your competitive position in a fast-moving market.

What Could Amazon's Move Into Insurance Mean For Consumers?

Claims Satisfaction: When It Matters the Most