Most consumers will consider electric...

Early signs of deflation in England a... 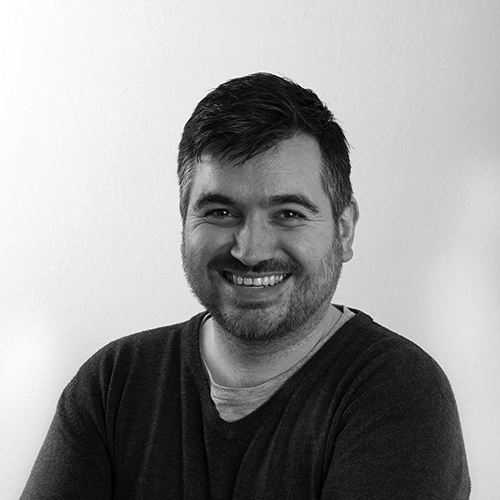 How Motor Brands Reacted To Ogden In Q3

The polarisation of motor insurance rates intensified in the third quarter.

Last month our latest Car Insurance Price Index revealed premium increases had slowed to 2.8% between June and August after piling on 14.6% over the course of the previous year.

Not only had rates begun to flatten out; we also found that some insurers had gone into reverse, reducing rate.

When we look at the action of individual brands, the true and growing extent of this market split becomes clear.

While we saw only three insurers reducing pricing overall between March and April, if we widen the reporting period to February-July, the number jumps to 14. In the third quarter, 62 brands applied reductions. Of these 11 were direct, equivalent to 35% of the companies we monitor. The remaining 51 were aggregated, accounting for 42% of our coverage. 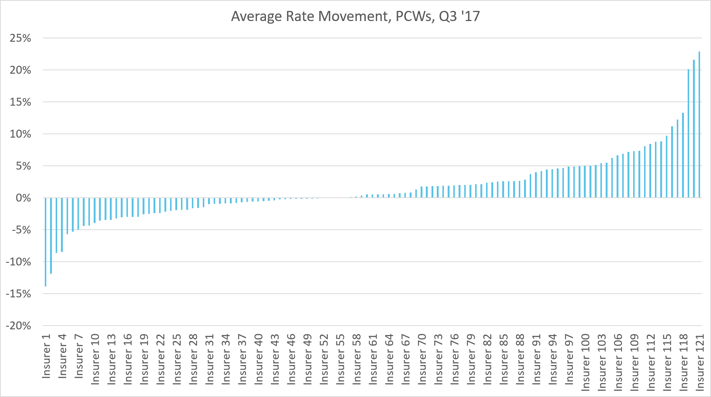 The inconsistency is not limited to comparing one brand with another. In the majority of cases, insurers have both increased and decreased rate during the third quarter — presumably the result of tactics to capitalise on short-term opportunities for writing volume. Only a third (32%) of direct brands, and just 26% of aggregated brands moved in the same direction in each of the three months. One insurer increased rate by over 20% in July, reduced it by 10% in August before adding a further 10% in September. 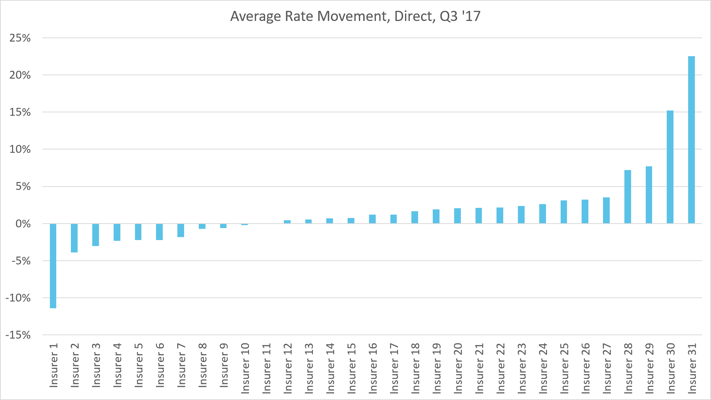 Looking across all brands, there was average 1.5% rise for aggregated and a 1.7% rise for direct companies in the third quarter. The median rate increases were 0.5% and 1.2%, respectively. This is consistent with our findings that directs have been increasing rates more rapidly over the past year.

We expect a significant chunk of the recent downward trend has been driven by the Government’s U-Turn of its February decision to reduce the discount or Ogden rate from 2.5% to -0.75%. Uncertainty over timetables for any revision have thrown the rating environment into further instability, heightening the extremes. There will be opportunities to price for both acquisition and profitability in the months ahead.

What Fraud Tells Us About Customer Service