Over a decade on from the introduction of contactless payment, British households are still suspicious about the safety of the one-tap payment cards.

Consumer Intelligence research shows that although 94% of us now have a contactless payment option, over half of us believe that the cards are a security risk.

Nearly half of us also believe that the cards make it too easy to spend money.

Despite these negative perceptions of contactless, the research shows that we are prepared to risk our security for convenience. With only 6% of us not having the cards at all, and only 2% having formally requested not to have them, it is clear that the perceived lack of safety is not deterring us from one-tap payment.

Two thirds of people agreed that contactless cards save time, which might explain why they are popular despite the perceived security risk “Contactless cards have become part of life,” says Andy Buller, banking expert at Consumer Intelligence. “However, our research shows that we still regard them with suspicion, despite widespread take up.

“While we’ve all become used to fast-moving coffee queues in the morning as more and more people tap to pay, over half of us believe we are risking our money due to the contactless system. It seems we’re willing to trade safety for convenience.”

The percentage of people with contactless cards 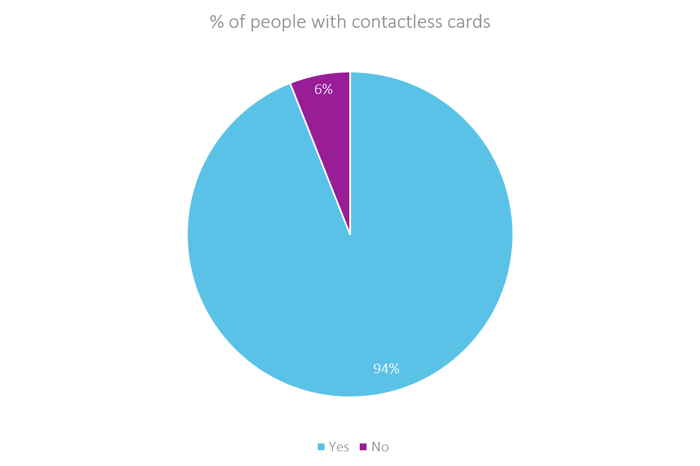 The reasons given for not having a contactless card 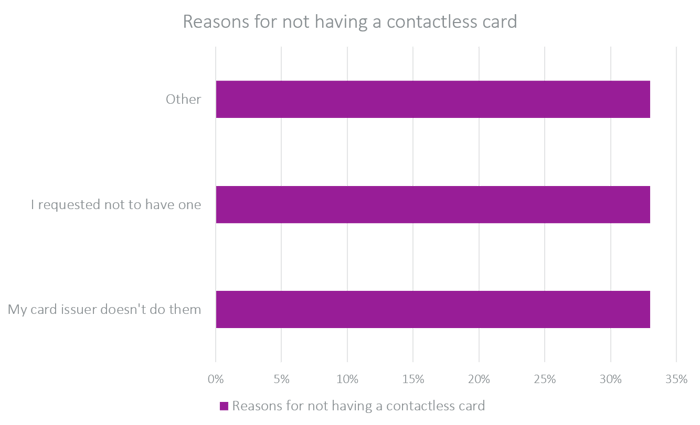 How strongly did respondents agree or disagree with the statement ‘contactless cards are a security risk’? 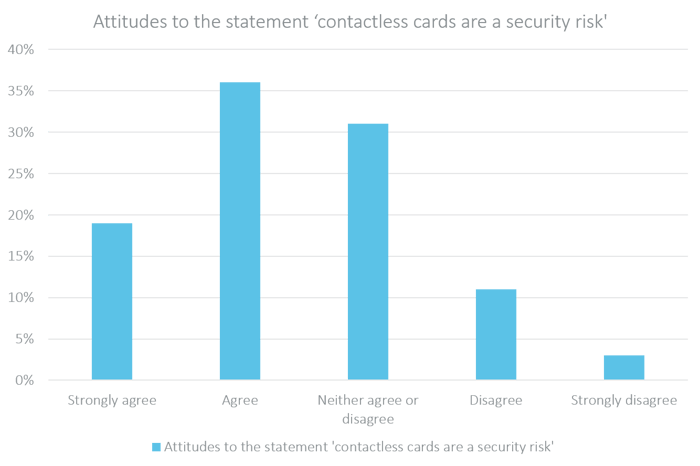 How strongly did respondents agree or disagree with the statement ‘contactless cards save time? 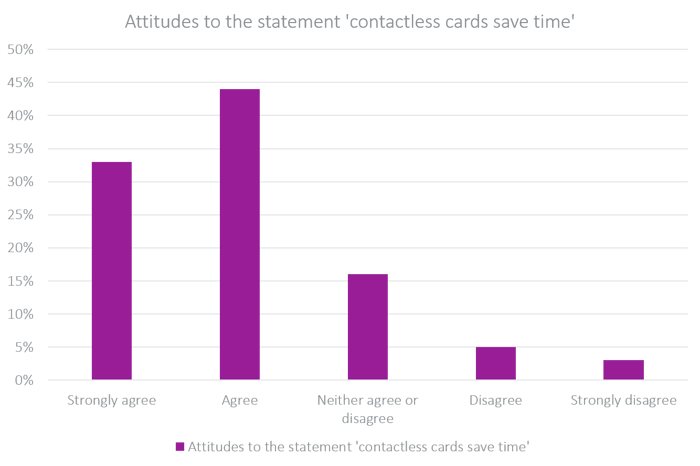 How strongly did respondents agree or disagree with the statement ‘contactless cards make it too easy to spend money? 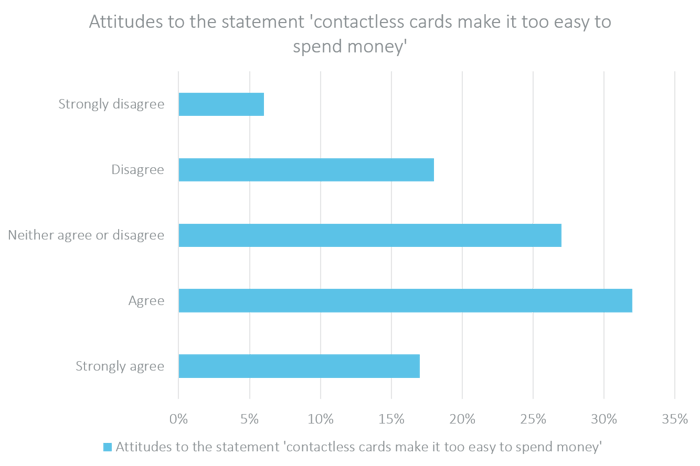 Despite the perceived risks of paying by contactless cards, a relatively small percentage of people have actually been affected by card fraud specifically caused by the payment method.

Just 6% of respondents said they had been victims of contactless fraud, including having their card stolen and used to pay for goods. A similar percentage of people had fallen victim to ‘card clash’, where two payments had been taken for the same thing due to the proximity of the cards.

In both cases, those who had been affected were prompted to change their behaviour and attitude towards the cards. In the case of fraud victims, almost a quarter had stopped using contactless altogether, while 43% had become more careful with cards and statements. Just 14% of those who had suffered card clash had given up on contactless spending, but nearly a third were keeping the cards separate or in a special wallet to avoid the problems.

“The percentage of people who have suffered from the cards is surprisingly low,” Andy Buller says. “However, once bitten is twice shy, and these customers are taking the kind of action we should all be considering to ensure that we don’t suffer. Being aware of where your contactless card is at all times and ensuring that you don’t present a whole walletful of cards at the till so that you pay more than once are sensible strategies for all of us to consider.

Victims of contactless fraud — did they change their behaviour? 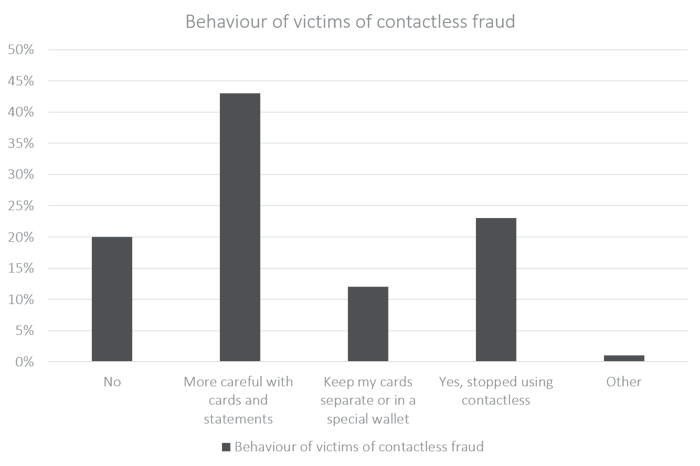 Victims of card clash — did they change their behaviour? 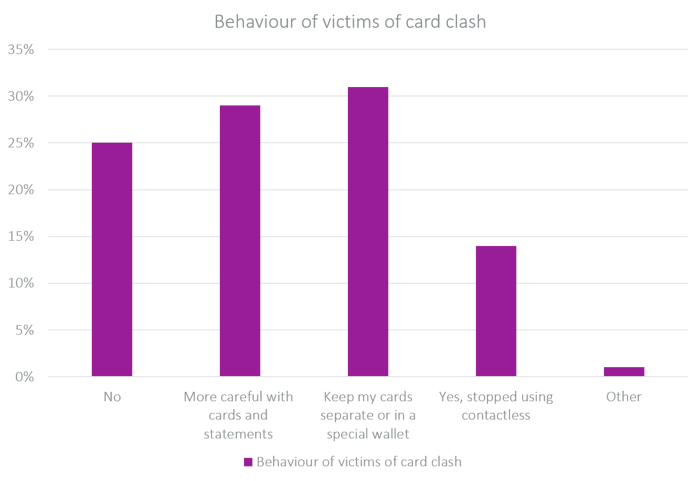 In the UK, the cap on contactless spending is set at £30. Above this level you have to put in a Personal Identification Number (PIN) to validate your transaction.

Consumer Intelligence asked respondents whether they thought the UK limit was too high, about right or too low. A fifth thought the cap should be raised, while 70% thought it was right as it was, and 10% would like to see it lowered. 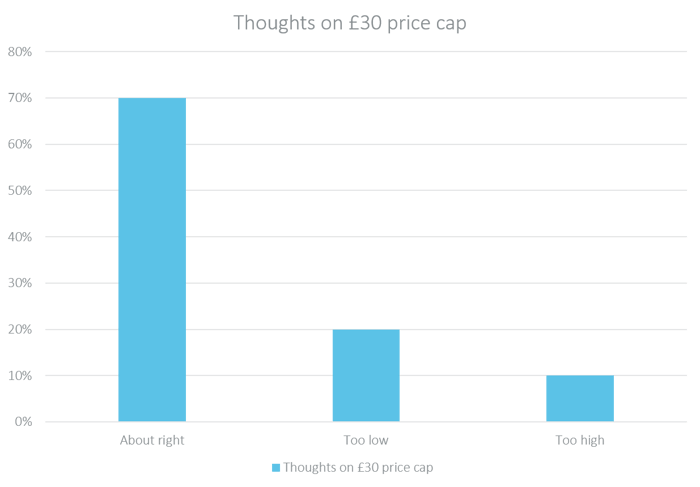 Asked what they thought the correct level was for a contactless cap, over half were happy with the status quo at £30. However, over a quarter of respondents said the cap should be raised, with 24% believing it should go as high as £50 and 2% opting for a cap to apply only on spending over £100.

Just under a fifth of respondents felt the cap was too low, with 12% feeling more comfortable with putting in a PIN for transactions over £20.

What is the best level for the contactless cap? 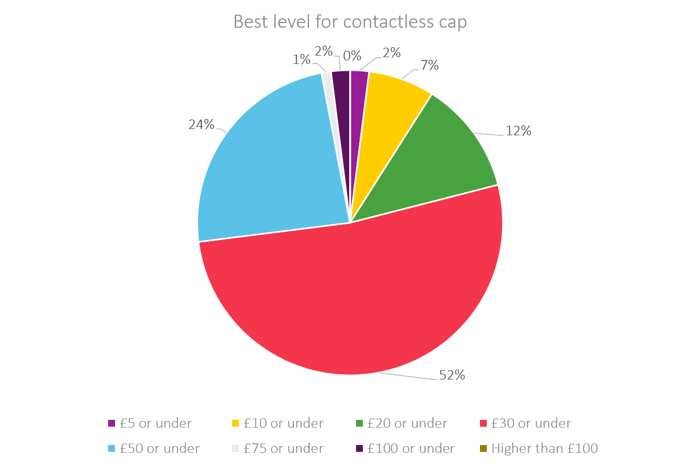 “We have a love hate relationship with the contactless card,” says Andy Buller. “On the one hand, many of us don’t think it is safe, but on the other we don’t want to give up on the convenience of paying with a tap. It seems likely that, as inflation increases the amount we spend that the contactless payment cap will continue to rise.”

Better understand your current and potential customer base

Understanding what customers want, what they are using and what might make them switch will give them the ability to target their offering at their customers.

You'll work with an experienced team of in-house researchers who know how to design, manage, moderate and analyse data from both qualitative and quantitative research projects

In the past five years, the world of payments has changed beyond recognition. Where banks once monopolized the cross bor...

Mobile Payments: Too Much Confusion, Too Many Options

Mobile Payments: Too Much Confusion, Too Many Options

The granddaddy of mobile payment technology, PayPal, is now 21 years old — but customers are still confused about the di...