International payments: Can traditional banks keep a hold on the lion’s share?

Traditional banks are still capturing nearly half of the international payments market, despite increasing competition from challenger providers. But with a mere 14% of customers stating they wouldn’t be tempted to switch providers for improvements in rates, charges and technology, should traditional banks be worried about their future hold over international payments?

New research from Consumer Intelligence shows that 45 per cent of us still use our banks to make international payments. Whilst this equates to the lion’s share, it pales in significance when compared to consumer reliance on traditional banks for products such as current accounts.

“International payments are big business, with over a third of people surveyed stating that they have made payments abroad,” says banking expert Rajeev Aggarwal, from Consumer Intelligence. “It’s an area where people are still using high street banks, but our study shows that the technological ability, as well as price transparency, offered by challengers in this area is popular with customers, and we might expect to see more of an exodus from traditional providers in the coming year.”

How we transfer money internationally

The Consumer Intelligence study shows that 45 per cent of us use our banks, with other big names on the list including Western Union, The Post Office, Transferwise and Moneygram. Just four per cent use a specialist currency broker, despite the fact that this can be a cheaper deal if you are transferring large amounts of cash.

“The fact that other providers are still the third most popular when surveyed illustrates the fragmented nature of this market,” says Rajeev Aggarwal.

Chart 1: Who do you use to send international payments? 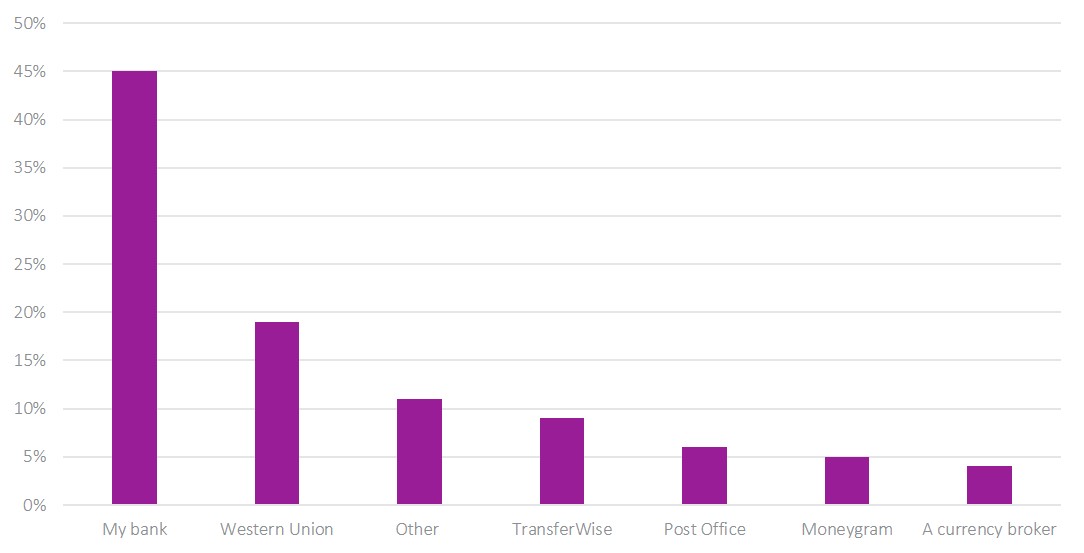 Why we send payments

Remittances sent home to family and as gifts are still the biggest reasons for money transfer, but the popularity of direct booking of travel via the internet is prompting us to send payments to businesses abroad as well. A third of those who had transferred money (35 per cent) had sent it for a hotel deposit.

“Those transferring cash for this reason may be less regular users of international payments,” says Aggarwal. “But transferring money for holidays is likely to become a more common occurrence as we continue to book our own accommodation abroad.

Chart 2:Why do you transfer money internationally?

How often do we transfer money?

Chart 3: How often do you transfer money internationally?

What would make us switch provider?

While banks retain the top spot for international payments, our figures reveal that customers are willing to change. Only 14 per cent said they were wedded to their provider, while over half said they would switch if better rates were available.

Unlike Consumer Intelligence’s travel money study, which shows that those prioritising travel money will sacrifice rates for convenience, easy access is not that important to those making international transfers. Instead, rates, online transfer and transparent fees are popular.

Chart 4: What would make you change your provider? 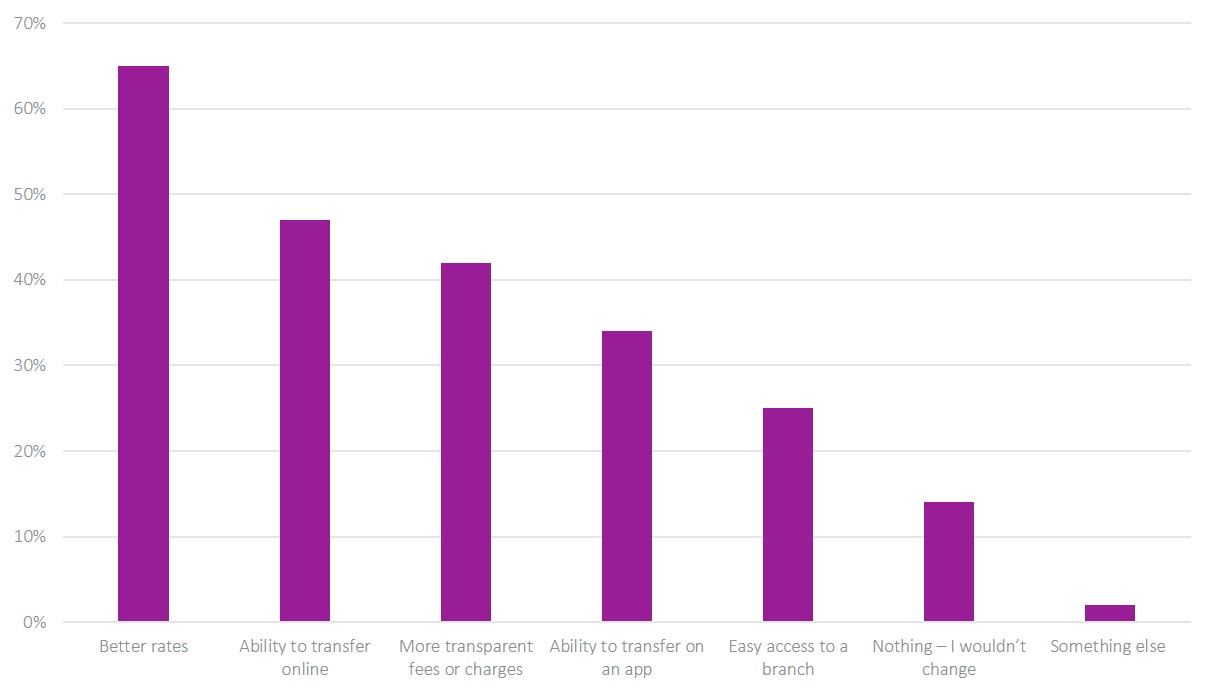 “International payment customers are more savvy when it comes to shopping around, and could be tempted away by deals that suit them,” says Rajeev Aggarwal. “This has implications for both banks and new providers, who should amend their strategies accordingly.”

For further insight into how consumers view International Payments please get in touch.

Britain’s holidaymakers are putting themselves at risk by carrying more cash than their insurance polices allow them, Co...

Banks and money transfer companies are failing to give customers the necessary information to compare the cost and speed...

Banks should work on the security and features of their banking apps to increase customer use and loyalty, exclusive Con...