In a recent article for the BUFDG (British Univertsities Finance Directors Group) which is a representative body for higher education finance staff in the United Kingdom, David Baker wrote an interesting piece on the UK's growing Education Services with China.

As the Chinese student marketplace continues to grow, so are the services surrounding it — from the research to provision to student recruitment to financial transactions.
If choosing a UK university, Higher Education institutions in the UK are now often not the first taste of a British style education for many Chinese students — the rise of top tier British schools opening in China has been well publicised with Dulwich leading the way in 2004, closely followed by Harrow in 2005 — and whilst the British schools’ market in China is still young, ISC Research, which tracks development in the worldwide international schools’ market, reports that China now leads the world for English-medium international schools with 806. A small number of these are schools for expatriate children, but increasingly, they are aligned to Chinese investors in order to offer a Western independent school learning approach to Chinese nationals. Their reputation as pathways to some of the very top universities in Britain, Australia and the United States, ensures that demand for places continues to exceed supply, even in those schools with the very highest of fees. (ISC Research November 2017).
The first cohort of students finishing their secondary education will give an indicator as to whether this increase in British style educational provision in China will increase the flow of students going to British universities — is this a new market for UK based universities to capture, are these new schools serving a market which is looking for new pathways and better access into international HE or is it merely an opportunity for these students to take advantage of a British style education because it is being offered in their home country? Time will tell, but the demand is there on the ground and HE providers are following suit — amongst others, Liverpool and Nottingham operate campuses in China and most recently Leicester in 2017 joined the club.
UK based independent boarding schools are also filling places with more international students — expanding the student recruitment agents’ market and capturing more students earlier on in their learning journey than ever. One of these, BE Education, founded in 2003 by ex Etonian William Van Bergen with an aim to offer British education to wealthy Chinese families, in 2017 secured £54 million of new capital from backers including Asian investors. The international student recruitment market is buoyant and where students were previously more often captured at the point of entering tertiary education, many schools now employ international admissions staff to attract the best students earlier.
The desire of Chinese parents for a Western higher education experience for their children has fueled the growth of British education, both in and out of China. According to ISC Research, the demand is expected to rise significantly. "Most parents in the middle and upper strata of Chinese society want their children to get the best education that they can afford. Research has shown that education is the last category of expenditure that parents cut when they suffer economic hardship. In other words, spending on education in Asia is very resilient. Conversely, education is the most likely category of expenditure to be increased when parents' incomes grow” Richard Gaskell, Schools Director ISC Research.

The rise in spending on education in China is indeed mirroring a phase of increased affluence in the country. At the top end of the scale, the number of USD-millionaires in China has grown. In 2015 there were 1.3 million and by 2017 this had increased to 1.6 million. But it is not just the Chinese elite who have more money to spend on education — household incomes in most Chinese cities have been increasing between 6% and 7% each year since 2010, a trend that seems likely to continue.
As the number of international students benefiting from a British education, not only from and in China but also worldwide grows, so does the value and the mass of transactions being made, often where parties are unfamiliar with international transactions and obtaining best value exchange. Services to specifically cover this section of the growing international education market, both for the educational provider and the consumer, will undoubtedly be a point of interest for financial institutions. 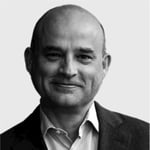 David Baker brings extensive experience and expertise in transformation and programme management with product expertise in foreign exchange, equities, derivatives and bonds to Consumer Intelligence’s Advisory Arm which supports new and existing clients with strategic decision making. David has worked with Consumer Intelligence across the globe over the past five years on projects for HSBC’s Retail Banking and Wealth Management and Global Banking and Markets and continues to support HSBC’s international education proposition as its grows its client base.

An Election Year Staycation? It Turns Out Britons Can’t Wait To Flee The Country

An Election Year Staycation? It Turns Out Britons Can’t Wait To Flee The Country

The Brexit vote in June should have been a boon for holiday cottage owners, Center Parcs and Butlins.

Is cash still king when you’re travelling abroad? Consumer Intelligence research shows that a surprising number of us st...

The way we bank may be changing fast, but customers continue to visit their bank branches in large numbers, Consumer Int...