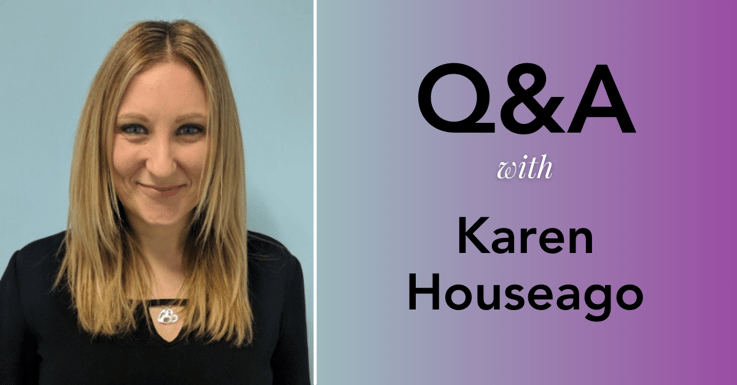 We took the opportunity to ask Consumer Intelligence's Senior Insurance Consultant, Karen Houseago, a few questions about her experiences around the complexities of mappings. Here's how it went...

How long have you worked in the insurance industry?

For not far off 20 years!  I originally started in Marketing, sending out campaigns for LV’s bank customers and then moved to the general insurance side. I continued to manage marketing campaigns but with a focus on LV’s partnerships which then led to a role working with the price comparison websites. For the next 13 years, I went from being the sole person managing three PCW car insurance relationships, to launching car and home across all four PCWs, managing a team, launching pet, and working on multiple internal and external driven projects which impacted the PCW channel as well as regulatory change.

What is your experience of mappings?

My experience is both broad and narrow. It’s broad in that I managed the PCW channel for a large direct insurer, so the data transfer within that channel being accurate was absolutely within my remit. But it was also narrow as when I mapped out the data flow between the PCWs, software house, insurer and back again it was clear that ‘ownership’ of the end-to-end process should not sit within my team as many of the stages were outside of our control and was not the result of our decision making.

For example, we owned the document which mapped out every question and answer from each aggregator and periodically agreed with the PCWs that this was accurate.  But we could not own how those answers mapped to values within our systems. What is most important is transparency within a business of what that data flow looks like and where responsibility lies for accuracy at each stage. It doesn’t necessarily all sit within one area but it does need to be clear.

How pivotal is getting mappings right to sustaining good relationships with the PCWs?

Good relationships between insurance providers and PCWs are built on more than just mappings, thankfully! At the core is a contract of business terms, but a good relationship is built on far more:- professionalism, respect, trust that each side will do what they say they will, honesty, fairness and as much as is commercially possible - transparency.

It's also about working towards common goals which in this case is doing the best thing by the customer and giving that customer a reliable and accurate service. Without correct and robust mappings that service is unreliable and inaccurate and that can impact both the PCW and the insurer’s reputation.

So, whether the mappings are held solely insurer side, solely PCW side, solely at the software house, or most likely a mixture of these, insurance providers and PCWs should work together to get the data transfer process as accurate as possible to get the right outcome for the customer.

How badly can it go wrong?

That’s very difficult to answer as there is a whole rainbow of ‘wrongness’ that could happen!  On one end of the scale, you could be mapping a similar occupation to another (e.g. web designer to web developer) but when not used as a rating factor the only real detriment would be if that title appeared on a customer’s documents, causing confusion to the customer.  But there would be no impact on price or cover offered.

On the other end of the scale, an insurer may take a date of birth value from a PCW and map that to the wrong age, inadvertently aging that customer incorrectly. If the age tipped them to the next age pricing bracket, the customer could receive an inaccurate price. From the insurers point of view, they are either undervaluing or over pricing that customer, worst case pushing them down the PCW rankings with conversion and, in turn, sales suffering.

The catastrophic end of the scale is when a decline fails. What if an insurer offered a car insurer quote to someone with three claims when they should have declined them, and that driver then caused an accident and had a PI claim worth millions – whose error is it?  While that’s extreme, unless you are 100% confident your mappings and declines are accurate, it’s difficult for an insurer to be sure it won’t happen to them.

How would you go about finding errors?

There are two realistic ways to find an error. The first is to track accuracy and the second is to alert when an error is found. Tracking PCW question and answer sets against your own is no mean feat though, as they change regularly. Substantial changes by a PCW from my experience are communicated well.  Insurers are briefed months in advance, allowed to review the changes and feedback and plan the amends needed their side. Putting aside inevitable conflicting internal projects which may hold up those changes being actioned and slippages on the PCW side, theoretically the big changes are trackable and can be tested for accuracy post go live, so errors can be identified readily.

It’s the smaller changes which are harder to track which are often communicated in good faith by email or newsletter but unless an insurer has dedicated resource tracking and logging those changes, things can get lost and errors can occur. It’s also realistic to say that a provider may be aware of errors but know that the impact on quotes and sales is marginal and using the resource to make the change can’t be justified at that time.

In some cases, they may ask the PCW to put a decline in until they have the opportunity to fix the issue. The problem is this can then create a cumulative effect over time and an insurer can realistically end up with declines and mappings PCW side, software house side and their side – tracking this level of complexity is near impossible!

The end result (and this can happen in any provider big or small) is no-one has that overarching view of exactly what declines and mappings are held where and errors inevitably occur. In terms of alerting, if an insurer had an accurate system which could immediately tell them when a PCW made changes and what impact that had on their mappings and they could react to that change, they could gain a real competitive edge – but to my knowledge no one is there yet.

Is this a drain on time and resource?

At Consumer Intelligence we know of one insurance provider who tracks PCW question and answer sets on a regular basis – and it takes them three months to complete the task each time. So, the simple answer is yes, it’s a huge drain on time and resource just to track and identify errors.  For that reason, the task is usually conducted as a snapshot in time, perhaps for an audit, but rarely done ‘regularly’.

Surely once you’ve fixed them, that’s it, done and dusted?

For that specific error it may be, but as we know the insurance world doesn’t stand still.  It’s constantly evolving as customer needs and the regulatory environment changes, and the questions asked of customers and how that data transfer occurs will move with it. So, while an insurer may be confident that their mappings are accurate, how will they know if they still are in three months’ time?

What would a world without mappings errors look like?

It’s a world that PCWs, insurance providers and most importantly customers all want to live in; where a customer inputs their personal details and can be confident that their data is transferred through 100+ brands with ease and accuracy and the prices they are shown are exactly as they should be and won’t change as they proceed on to buy. It’s a world where customers trust what they are buying 100%.

We all want this as there’s only pluses to this world, but it can feel like there’s so many barriers to getting there when the complexity of getting to that price presented to the customer has so many hurdles to jump.

Yes, I think it’s realistic to say they can, but it comes back to that level of ‘wrongness’ in the error. Customers may forgive a small change to their job title on their documents, but if the customer is priced to be 10 years older than they are and that is presented back to them on their documents, how would they feel about that brand? Probably not great.

Where insurers could really damage their reputation is if a customer claimed and an error in the data held on the system meant their claim was delayed, or worse not paid when it should have been (e.g., a stolen personal possession had not been recorded as covered). The concern is that insurers need full visibility and regular insight of their mappings to ensure it does not get that far.

Let us take the hassle out of mappings

Our two newest products will make the pain of identifying mapping errors a thing of the past by quickly and efficiently finding them and helping you stay ahead of the game when it comes to question sets.

Our Data Mapping Diagnostic is designed to identify and resolve mapping inconsistencies between the PCW journey and your back-end pricing database, while our Question Set Monitor provides a regular and concise view of questions, available options and answers exactly as they appear on each of the big four PCWs.

Together these products provide a powerful tool, enabling you to improve your direct and PCW performance by identifying issues that are affecting the accuracy of your pricing, allowing you to focus on delivering the results you want to see.

Take a step towards having 100% certainty in the reliability of your data transfer processes and the optimisation of your end-to-end journey; click here to book a call with a member of our team today.

How will ‘Freedom Day’ shape our travel plans?