ESG is looming large on corporate radars across our industry in the wake of COP26, and there’s increasing pressure on firms from both regulators and consumers to be environmentally ethical.

But how ready are people REALLY to go green, when it comes to practice rather than theory?

In a Viewsbank survey, we asked consumers if they wanted their insurance company to be environmentally friendly.

A massive 81% said they did. 22% of those would even be prepared to pay more for a policy that helped protect the planet. 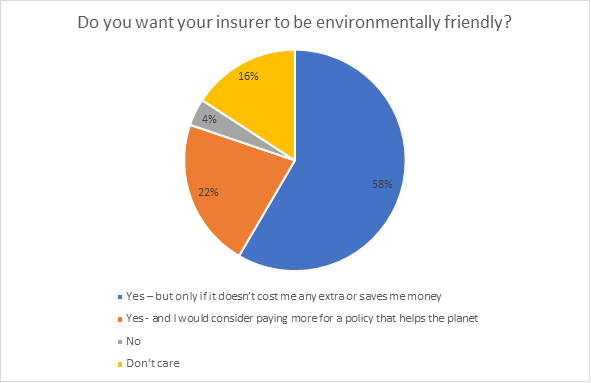 Likewise, 96% of consumers told us they recycled their own waste, from paper to plastics, clothes to cans. And 72% told us they’d be interested in their INSURER recycling parts for repair/refurbishment, too, especially if they were certified and safe. 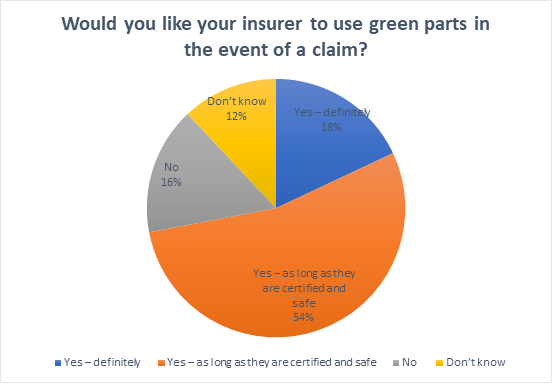 In the motor market there are already some high-profile brands with reasonably well-established green parts programmes – including Ageas, who in the Summer told Insurance Post they planned to triple the use of green parts in claims repairs by 2023.

Worries do exist, and are around reliability (cited by 36%) and quality (36%) – but much of this is mitigated by the prospect of warranty guarantees, quality checks – and the prospect of cheaper, quicker repairs. 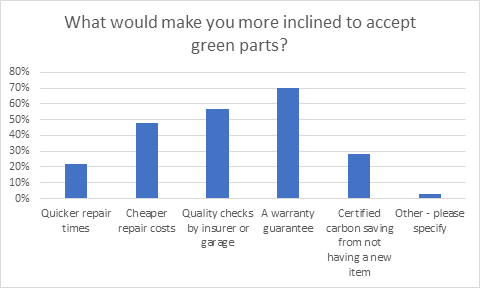 But when it came to home insurance, attitudes were slightly different.

Soft furnishings in particular were a point of recycling contention, with people turned off by the idea of refurbished or recycled replacements. 47% said a definite no thanks to carpets/curtains, 45% to sofas, and 61% to beds.

People were also fairly protective over their key appliances like washers/dryers/fridges/freezers – but generally slightly more open to recycled technology like computers, TVs and mobile phones. Tables and chairs were the most likely item people would accept refurbished replacements for. 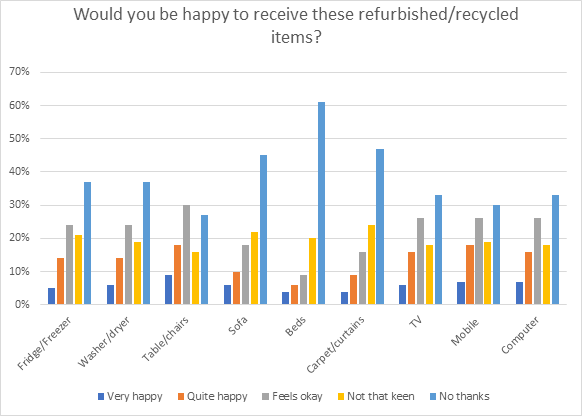 At home, people were also slightly less swayed by the prospect of cheaper repairs, or even quality guarantees. 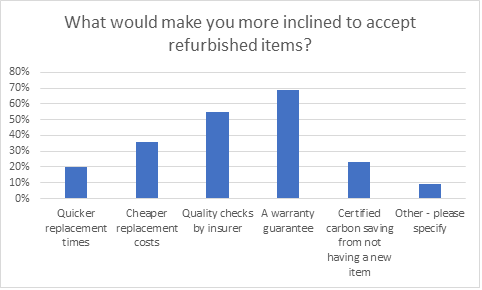 The key difference, it seemed, was hygiene. People were far less worried about reliability and quality when it came to their household, but more worried about other people’s dirt/germs in their home. 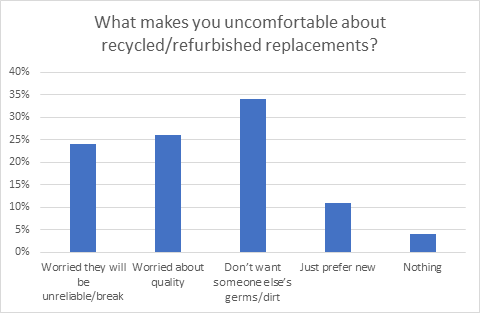 It looks very much like there’s still a gap between what consumers SAY they want when it comes to general environmental credentials, and what they’re ready to accept when it comes to the reality of receiving non-new repair parts and refurbishments. There’s a big difference between expecting your insurer not to be cutting down rainforests or polluting the air, and actually sitting on someone’s second-hand settee.

Certainly there’s a job to be done by going-green insurers to win over consumers and prove the quality and benefits of their green parts programmes.

Insurance premiums for van drivers have dropped an average of 2.3% in the last three months, according to the latest fig...

The average annual van insurance premium has risen 2.3% in six months   But prices are only 0.1% higher than they were 1...