Uncertainty after the decision could mean foreign exchange companies deciding to stop offering rates over the weekend as rates fluctuate, the company believes.

Markets close for the weekend tonight at 10pm and do not reopen until Monday morning at 9am by which time the sterling rate could have moved dramatically making it difficult to quote prices.

Dramatic swings on the foreign exchange markets create winners as well as losers – exporters will benefit from the pound dropping against major currencies while major financial services companies which use the dollar as their base currency will benefit when they convert earnings back into sterling.

“We would strongly advise anyone planning to buy foreign currency this week to hold off and anyone including small business owners who has to make foreign currency payments should also delay if possible.

“The margins charged by banks and payments bureaux are likely to peak over the weekend if they are still quoting rates.  By the middle of next week it should have settled down, although consumers may still lose out on Euros.

“Settling down is relative however as volatility on the foreign exchange markets is probably here to stay as investors hang on every word of the UK’s EU exit negotiations and speculators trade on the uncertainty.”

Rates last July for the pound against the Euro were €1.41 so even comparing last year with now there has been a fall of around 10% while the dollar in July last year was around $1.56. 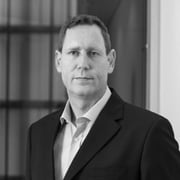 Andy has over 20 years’ experience within the financial services sector and has worked predominantly within the FX, wholesale bank notes and prepaid industries. In previous roles Andy has managed key relationships with many of the leading financial institutions including Commerzbank, Credit Suisse, American Express, RBS and Travelex.

When banks are continuously under the microscope to treat foreign exchange consumers fairly and honestly, it seems rathe...

Consumer Intelligence’s Andrew Buller is a foreign exchange and travel money expert. We asked him whether businesses in ...

Most of us have a stash of foreign coins and notes somewhere in the house, but when do consumers decide whether to sell ...