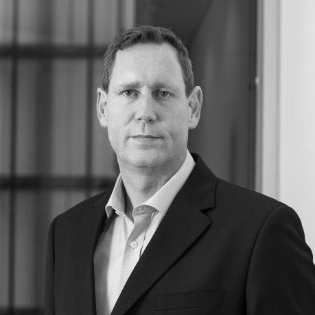 This week we published our biannual travel money report, which shows that while change in the travel money industry might seem slow, customers are gaining confidence in new methods and brands.

Despite the falling value of the pound, many people are still taking multiple trips abroad, giving travel money providers multiple chances to gain their custom.

In terms of where people are travelling, Europe still takes the lion’s share of UK leisure travellers, who are particularly drawn to Spain and France, but our study shows that destinations vary in popularity depending on the age of the traveller. 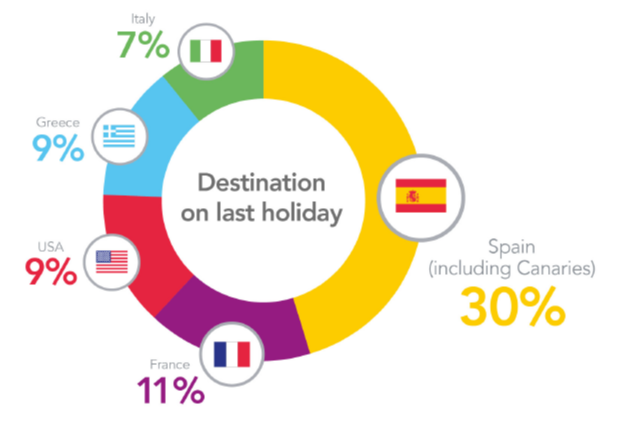 Given the list of destinations above, it is unsurprising to see the euro still dominating in terms of the most popular currency purchased. After the Euro, US dollar and pound, other currencies that are frequently converted include the Turkish lira, Australian dollar, Croatian Kuna and the Canadian Dollar.

When asked who respondents travel with, our survey showed that solo travel is still a relatively unusual affair for leisure travellers, with most people opting to travel with a partner or with their family.

Older people are the most likely to choose to travel with a partner, while those aged 18-34 comprise the biggest group of solo travellers. 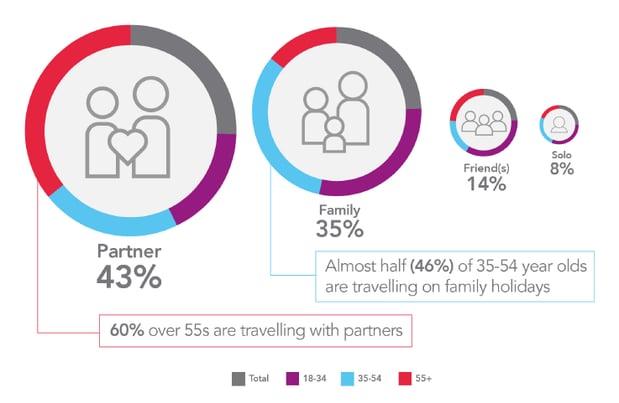 How we buy our currency

The majority of us are still buying travel currency in the form of notes, in advance of our trips abroad. However, there is evidence that prepaid cards are continuing to rise up the rankings, particularly with the younger generation.

Last year, 14% of respondents had used a prepaid card for their last holiday. This year’s record 16% usage rate indicates a real shift in usage of these cards.

Meanwhile a stubborn 6% of us are still taking travellers’ cheques abroad with us — a similar percentage to last year.

For retailers, converting these last die hard travellers’ cheque users should be something that could be easily achieved by stressing the similar security benefits and advantages when it comes to convenience.

While many of us still purchase our currency in a branch, the older generation is beginning to turn to web purchase and collection for its currency, while the younger generation is moving straight to mobile solutions for currency — buying directly from apps presenting a clear opportunity to traditional travel money providers.

Prepaid cards and lack of loyalty

When it comes to the prepaid card market, it is growing in popularity. However, the same can't be said about brand loyalty, and while 16% of us are using the cards, we aren’t sticking with the same provider year on year.

Safety is the main reason that customers give for going for prepaid cards rather than cash — with 27% of respondents giving this reason. The second and third most important reasons were exchange rate — which 25% gave as the top reason for buying.

Unsurprisingly, only 5% of people said that the main reason for getting one of these cards was to keep it and use it again, and 2% wanted to be able to use it for multiple currencies. Half of respondents (48%) did list reuse of the cards as one of their reasons (but not the main one) for getting a prepaid card.

Respondents’ reasons for buying currency in this way

The study shows that, despite the ability to have currency delivered to your door, most holidaymakers are more interested in easily accessible branches than they are in rates or service. This explains the continued domination of high street providers such as The Post Office when it comes to travel currency.

Around 40% of respondents had taken a special trip to buy currency, while a similar percentage had picked it up
whilst doing something else — suggesting that multi-channel retailers, who offer other travel-related purchases can
leverage this to persuade buyers to buy currency while they are shopping for other items.

Our survey also revealed that buying a large amount of currency is still popular, with well over a third of travellers taking over £500 on their holidays.

So, how much currency do customers bring home?

Most of us are returning home with comparatively little currency, with less than a third of us bringing home more than £100 in cash.

Given the small amounts of cash most people bring home, it is unsurprising that providers’ currency buyback facilities are generally underused. A third of people used it, compared to more than half of respondents didn’t plan to use it at all, and didn’t.

While customers still value accessibility and convenience, there’s more focus on technological innovation, presence on comparison sites and web searches. We can also see that many people combine buying travel money with other trips, meaning that companies that offer other holiday-based services may be at an advantage.

In the next blog, we’ll be looking at the impacts of brand usage and awareness on the travel money market.

Consumer Intelligence’s latest travel money survey shows that the travel money market is changing in response to Fintech innovations and the growing prevalence of a cashless society.

This report shows only part of the picture revealed by our travel money survey. Here at Consumer Intelligence, we can create further bespoke reports and in-depth examination of individual brand performance and trends over time.

How Brexit Is Affecting Our Holiday Plans