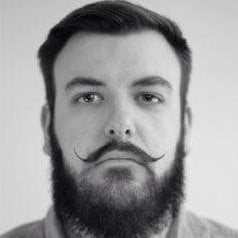 The Rise Of The Educated Insurance Consumer

Up until October 2015, the proportion of consumers not shopping around at motor insurance renewal had been on a steady increase, with more than one in five consumers accepting their renewal premium without seeking quotes elsewhere between August and October last year – the highest three month period on record.

Awareness of how the motor insurance market operates

The hike in premiums as a result of the Insurance Premium Tax (IPT) increase, however, caused this figure to dip to 16.8% for the three months to the end of February 2016, meaning the number of consumers shopping around had increased to levels not seen since the end of 2012.

Consumer Intelligence data has found that price increases at renewal of more than £20 often lead to policyholders shopping around for alternative quotes, with premium increases of more than £30 ultimately leading to consumers switching to a new cover provider.

Consumer Intelligence CEO Ian Hughes said this shows how motorists are becoming more aware of how the motor insurance market operates, and are now not as willing to simply accept premium increases when their policy comes up for renewal.

“You are seeing a consumer that is being educated not to put up with price increases, so insurers don’t have a lot of room to manoeuvre when it comes to putting prices up,” he said.

“Consumers are not putting up with it, and we’ve seen patterns of behaviour go backwards to very similar to what we were seeing in 2012.”

“If you really value loyalty in your customers, then be loyal to your customers; if you don’t want them to shop around, don’t put the prices up - that is showing them loyalty.

Consumers have realised they need to negotiate

The increase in consumer understanding of the market has also led to a rise in the number of policyholders going back to their existing provider to ask for a better price, with 46% of consumers who did not switch policies after shopping around in February 2016 either being offered a lower or matched premium to what they had been quoted elsewhere.

“Consumers have realised they need to negotiate to get the best price,” Hughes said.

“Insurers need to look at what they do when someone phones up to cancel. There are some companies that just suck it up and cancel the policy, but should you fight for them?

“Consumers might not want to cancel, but actually just want the insurer to take another look at the premium.”

Why Insurers Must Focus On Their Branding

Insurance Premium Tax: The Storm To End The Calm

Consumers Refocus On The Price Of Insurance