Average premiums dropped 1% to £137 in the year to January as providers kept prices low to compete for business, but the last six months have seen increases of 1.7% pointing to the likelihood of higher premiums in the future.

Last year’s prolonged dry and sunny weather is driving an increase in subsidence claims across the industry and are expected to feed through into premium rises.

Customers in Wales and the South West are paying the lowest annual bills at £121 and £123. Wales has experienced the biggest price falls with premiums down 4.3% on a year ago, while in the North East they fell 3.0%.

Londoners pay the highest annual bills at £181 with prices up 1% in a year while customers in the East Midlands and South West saw price rises of 0.8% and 0.5%.

Premiums for newer homes are the lowest with average prices for houses built since 2000 at £128. Customers with houses built before 1895 can expect to pay 30% more at £167.

The graphic below shows average premiums and price rises and falls around Great Britain. 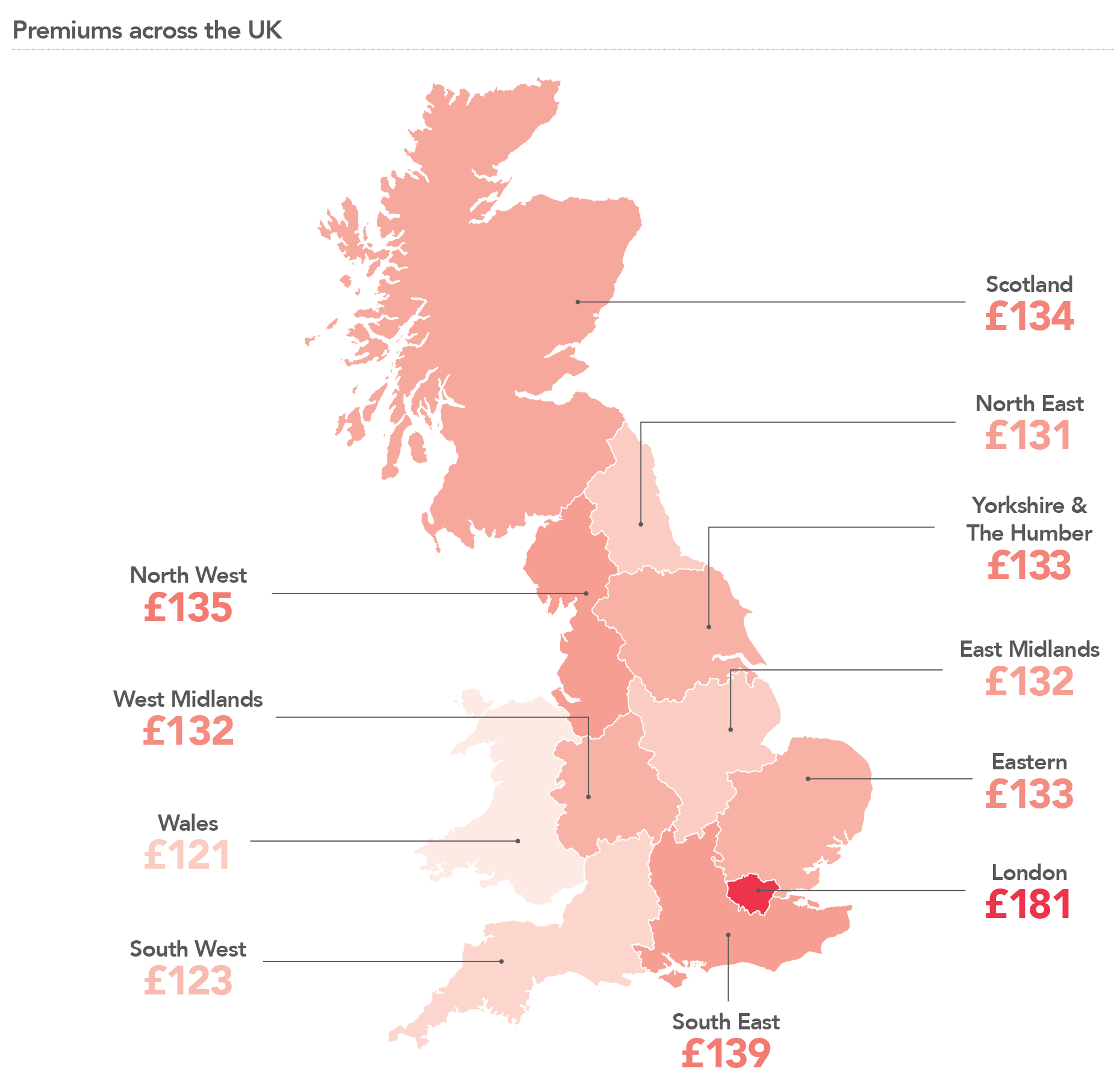 John Blevins, Consumer Intelligence pricing expert said: “Competition in the home insurance market is keeping premium increases to a minimum with only a few areas of the country seeing limited price rises.

“But the past six months has seen premiums starting to rise and that may be an indication of things to come with all parts of the country likely to be affected.

“Claims costs remain the main driver of premiums that we see, and the industry as a whole is experiencing a rise in subsidence claims which are costly for insurers and that will have an impact on total claim costs and prices.

Customers are still paying around 1.4% less for home insurance than in February 2014 when Consumer Intelligence — whose data is used by the Government’s Office for National Statistics to calculate official inflation statistics — first began collecting prices.

Download our Home Insurance Price Index to gain insight into market movements, benchmark the major van insurance brands and help you understand the data behind the results.

1The cheapest premiums were calculated by comparing the prices offered for 2,100 people by all the major Price Comparison Sites and key direct insurers. The top 5 prices for each person were compared to the previous month’s top 5, then these variations averaged to produce the index.

Travel Insurance Costs Drop By 9% In A Year

Travel Insurance Costs Drop By 9% In A Year

Average premiums across the market are now £25 Insurance for European trips falls by 12.4% and under-50s see the biggest...

Homeowners benefit from a stable market, with average premiums dropping 1.2% in a year Under-50s have benefitted from th...