Car insurance bills have increased by 9.6% in the past year, but the relentless rise has gone into reverse following a Government U-turn, new analysis1 from insurance research experts Consumer Intelligence shows.

Its data reveals the average most competitive premiums rose by three times inflation – 3% to £837 – but overall prices dropped in the last quarter of 2017.

The Government review of the discount or Ogden rate, which sets pay-outs for major personal injury claims, has enabled insurers to reverse rises; confirmation of the new rate of between 0% and 1% could spell further cuts.
Average premiums dropped by 1.7% in the three months ending December, with under-25s benefiting the most – their average premiums are up just 2% in the past year to £1,953.

Younger motorists are also limiting their insurance bills thanks to black box technology – so-called telematics – which rewards improved driving. Around 59% of the most competitive quotes are from telematics providers.

Over-50s drivers are experiencing the biggest increases in premiums at 11.8% but still pay average prices of just £395 a year. Motorists in London pay the highest premiums at £1,217 which is more than double the cheapest at £606 for the South West of England.

“The discount rate review and no rise in Insurance Premium Tax in the last Budget is a welcome relief for drivers. Further price cuts are possible when the new discount rate is set. The challenge is determining when that might be.

“Average premiums, however, are still 9.6% higher than a year ago, with the discount rate and tax rises the main drivers – but it is not all about the Government.

“Increased theft claims last year are driving price rises and the weakness of the pound means importing parts costs more. Price differences around the country are being determined by the cost of claims, and the same applies to price rises for the over-50s.”

The map below shows the average premiums and increases over the past year across the country. Drivers in the South West and Wales pay the lowest prices while motorists in the North West are seeing the lowest price rises at 5.5%, although they pay the second highest annual premiums in the country.

Premiums across the UK 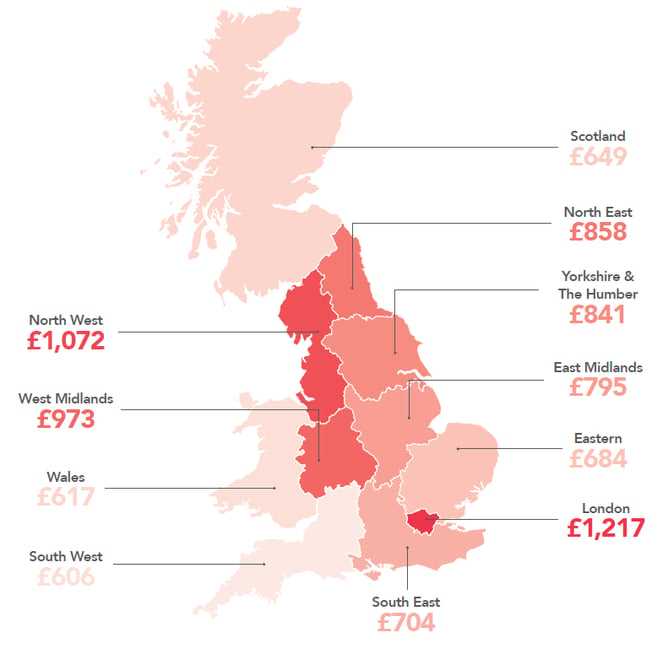 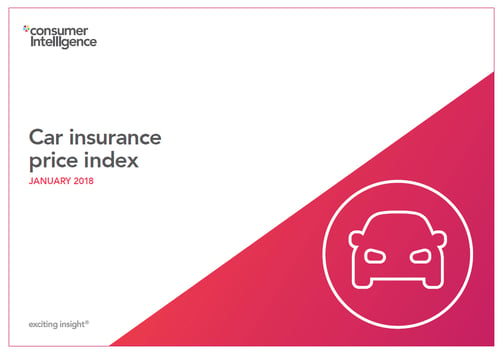 Notes to Editors
1 The cheapest premiums were calculated by comparing the prices offered for 3,600 people by all the major Price Comparison Sites and key direct insurers. The top 5 prices for each person were compared to the previous month’s top 5, then these variations averaged to produce the index.

Consumer Intelligence (CI) is a market benchmarking and consumer insight consultancy specialising in the General Insurance and Banking Sectors. We have spent the last 12 years perfecting the art of collecting data so that organisations can benchmark themselves. Since 2003, we have been collecting and analysing millions of prices across the telephone, direct insurer websites and aggregator channels.

Our purpose is to empower financial services providers to see the world through their eyes of their consumers, and so ma...